Voyage means trip in French but in English we would use it to mean a long and exciting journey that usually involves cruising on boats. At Travel Producer we prefer the term voyage to mean a journey which could be an ocean cruise, a river cruise or, indeed, cruising by rail. So, what voyage should you consider?

Cruising is a great opportunity to see landscapes that simply aren’t accessible by other means, or calling at some of the greatest cities of the World that owe their location to the rivers on which they were founded.

An Alaskan cruise offers access to a stunning wilderness previously only available to well-equipped explorers or barmy miners suffering from gold fever. Massive glaciers sculpt land into deep valleys as gravity draws them to the ocean edge where, with a mighty crack, they calve into the water. You will certainly see migrating whales and brown bears who live along the coast and fish for salmon, or polar bears in the far north. From the comfort of your boat you will enjoy a memorable feast of nature and wildlife.

Nearer home, explore the waterways of Europe and you will reap the benefits of travelling at a pace that only river cruising can offer as you meander from city to city. Russia has much to offer travellers of its inland waterways with easy access to its world-class museums and magnificent cities. Moscow is linked to five seas via rivers whilst its canals boast an incredible system of locks on the extensive Volga-Baltic canal system. Beyond the fascinating engineering feats of the canals a visit to the stunning Russian city of St Petersburg would be one of the highlights where you can get lost for as long as you want in the wondrous Hermitage Museum that was formally a royal palace, or take in a spectacular performance of the ballet in the Mariinsky Theatre or simply wander the spired cathedrals, colourful buildings and River Neva towpath.

Of course the Polar region offers iconic journeys. Antarctica is a nature lovers dream. Barely touched by humans, it is impossible not to disconnect from everyday life as your boat bullies its way past small icebergs that litter the glassy channels beneath menacing dark peaks and majestic glaciers that sparkle in the summer sunlight. Observe somnolent seals resting on ice flows some of which have been carved by the elements into geometrically impossible shapes, get close to humpback whales or walk amongst nesting Penguins. At feeding time the seals put on a show of agile athletics in pursuit of prey, great behemoth Humpbacks rise from the sea mouths stuffed with krill, the killer whales hunt for seals or penguin and the birds of prey attempt to steal baby penguins from distracted parents. There is nowhere like this on Earth and it should be on everyone’s bucket list!

For a completely different voyage then look no further than ‘Around the World by Rail’ for the opportunity to discover some of the most incredible destinations in one unforgettable holiday. This is not merely a train holiday but a once-in-a-lifetime voyage that can have you traversing four continents all the way from Geneva to the Great Wall of China. Meanwhile, you can relax and enjoy some of the world’s greatest rail routeing as you go. Most uniquely the trip is entirely flexible – we can curate the voyage to whatever you wish for! You can opt to do the whole itinerary in one go, break it down into chunks or equally pick part of the itinerary that particular appeals. All customisable, all flexible, all tailor made.

Wherever you fancy going, there is something charmingly relaxing and somewhat anachronistic about travelling by boat or train, drifting smoothly from one destination to another on a voyage of discovery and revelation. 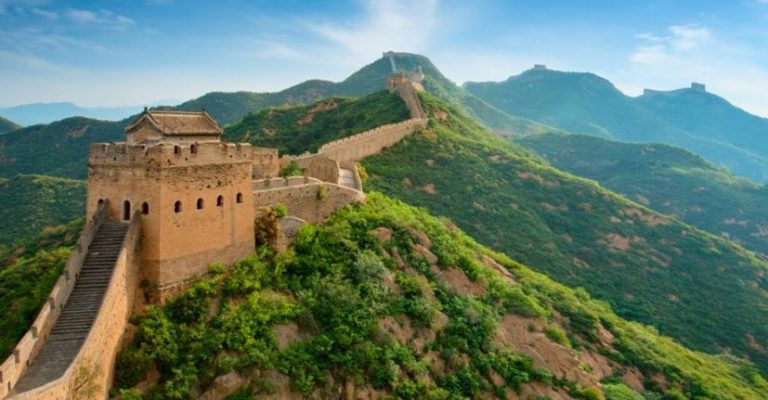