It is quite usual for clients and friends to phone me up to say “I want to go somewhere but I don’t know where!” All they need is a bit of inspiration and suddenly their imagination is up and running; they know exactly where it is they want to go. We all need a sprinkle of inspiration from time to time so, this month, I have some suggestions that I hope will inspire you to pick up the phone to chat about your next destination.

I love waterfalls! I defy anyone not to stand and stare at the sound and sight of water leaping a precipice and cascading, glinting and gleaming in the sunlight, sometimes over many levels, into a pool, boiling with the force of the fall. If size matters, then head to Iguazu Falls which divide Argentina from Brazil. It is the biggest waterfall system in the world and, as an average, 175 million litres of water pour over it every second! That’s some shower! The most spectacular sight is The Devil’s Throat and the viewing platform is perched directly over the most powerful torrent of water: a deafening cascade that plunges to an invisible destination. Clouds of spray blur the scene and rise in a smoky plume that can be seen for miles. You can book a boat ride that takes you under the Falls or a helicopter that sweeps you across the entire area, including the surrounding National park. Whatever you do, be sure to bring a change of clothes!

At the other end of the noise spectrum but which has been described as ‘balm for the soul’, a trip to the Isfjord Radio Station will enable you to appreciate the stillness of arctic wildness silence. Located more than 800 Km from the mainland and just 1,300km from the North Pole, the station used to be an important link between the Norwegian Mainland and the inhabitants of Svalbard and but now is a boutique hotel positioned on the northern edge of the world. Set off on a dog sled pulled by enthusiastic Alaskan Huskies and immerse yourself in a wilderness of snow and ice in which the only sounds are the panting of the dogs and the squeak of the sled’s runners squashing the snow. Make camp under the stars and spend a night under canvas doubled down in a special bag. After gliding over the icy glaciers, majestic mountains and frozen fjords you are welcomed to the station with a hearty three course meal. With the station’s comfortable and warm accommodation and excellent food, it is easy to think you are in the reassuring hold of civilisation. However, a quick dip in the Arctic Ocean will jolt you back to reality!

High on the bucket list of many is the trek to Everest Base Camp. There is an aura of mystique in following the footsteps of great mountaineer explorers as you climb through the foothills of the world’s highest mountain. Be dwarfed by terrain that soars like jagged shards of glass all around and breathe the crystal clear mountain air. There is nowhere better to feel alive and the scenery is quite literally breathless! The walk will last a couple of weeks, taking you into the high-altitude heart of the high Himalayas where the majestic lines of spectacular peaks are your constant companions. Staying in specialist accommodation, your journey will take you through pretty villages and interesting Buddhist monasteries as you gradually ascend through cloud and high altitude desert to your goal. Experience a culture without cars, western luxuries or the day to day pressure of life. It’s thrilling and breath-taking – a trip you will never forget! 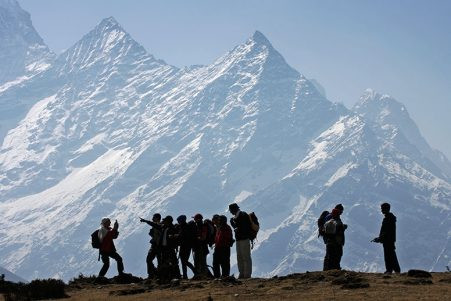 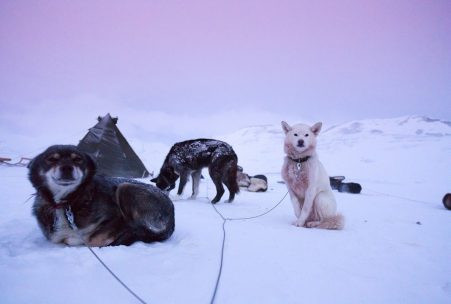